The former president travelled on the plane four times in 1993, once in 1994 and once in 1995 with his ex-wife Marla Marples and children Tiffany and Eric, show.

It was previously reported that Trump had flown on Epstein’s plane from Palm Beach, where both had homes, to Newark, in 1997.Epstein is also said to have flown on one of Trump’s private planes.

Trump and Epstein knew each other in the 1990s when they were both New York City playboys and successful entrepreneurs.

The documents, which comprise more than 100 pages of flight logs covering the period 1991 to 2006, were released publicly on Sunday ahead of Monday’s closing arguments in Ghislaine Maxwell’s sex-trafficking trial.

As previously reported, they show former President Bill Clinton was a frequent flyer on the Lolita express, taking at least nine flights with Epstein, and reveal Prince Andrew, lawyer Alan Dershowitz and former US Senator George Mitchell were also passengers.

Neither Trump nor Clinton have been linked to any of Epstein’s sex-trafficking crimes.Andrew, Dershowitz and Mitchell have all strenuously denied allegations of wrongdoing.

It comes as jury deliberations in Maxwell’s trial began on Monday as they try to determine whether she is a dangerous predator who recruited teens to be sexually abused by financier Epstein — as prosecutors put it — or the ‘innocent woman’ the defense have described.

Flight logs released during Ghislaine Maxwell’s sex-trafficking trial show Donald Trump travelled on Epstein’s Lolita Express on one two-leg trip in May 1994 with ex-wife Marla Maples, his then-infant daughter Tiffany and a nanny

The former President travelled on Epstein’s private jet from Palm Beach, Florida, to Teterboro Airport, New Jersey, in March 1993, according to new documents

Trump also flew with Epstein and Maxwell, who appears to be listed here as GM, and his son Eric in August 1995, the documents reveal

On January 5, 1997, as was previously reported, Trump travelled with Epstein from Palm Beach to Newark

The documents show Epstein was regularly on the move between his homes in Manhattan, Palm Beach, New Mexico and his now-notorious ‘paedophile island’ in the US Virgin Islands.

Flight logs show Trump, Epstein and Maxwell, among others, flew from Palm Beach in Florida to Teterboro in New Jersey on October 11, 1993 and October 1993.

The former President then travelled on the Lolita Express with his ex-wife Marla Marples and his infant daughter Tiffany in 1994.

On August 13, 1995, he travelled with his son Eric alongside Epstein and Maxwell, written in the log as ‘JE’ and ‘GM’, from Palm Beach in Florida, to Teterboro Airport in New Jersey.

And on January 5, 1997, as was previously reported, Trump travelled with Epstein from Palm Beach to Newark.

Prince Andrew appears in the logs three times and flew with with Epstein on at least one other occasion, as has previously been reported.

He flew with Epstein to the Virgin Islands on February 9, 1999, returning on February 12 with Maxwell and one of the prince’s security officers as well as other guests.

A source close to Andrew reportedly said in 2019 that the Duke has ‘no recollection’ of being on the 1999 flight.

Andrew also flew on Epstein’s Gulfstream from Teterboro Airport in New Jersey to West Palm Beach on May 12, 2000.

And although not covered by the new release of flight logs, it is understood Andrew took a flight on the Gulfstream with Maxwell from London Luton to Edinburgh on September 1, 2006 — six weeks after Epstein was arrested for sex offences.

A further mention of the prince appears on April 16, 1998, where the log notes: ‘Met Princess Sarah Ferguson + kids on the ground.’

As previously reported, Epstein met Ferguson, Princesses Eugenie and Beatrice while the royals holidayed in Nassau, the Bahamas in 1998.

At the time, Epstein was the only person flying on the plane and he returned to Palm Beach — making a 400-mile round journey — after seeing Prince Andrew and his family.

Epstein also transported President Clinton and actor Kevin Spacey, travelling with them from JFK Airport to the Azores, a Portuguese archipelago in the Atlantic Ocean, on September 21, 2002, according to the log.

And on one of Clinton’s flights with Epstein, the pair were accompanied by Naomi Campbell.

After Epstein’s death in jail in 2019 as he awaited trial on sex trafficking charges, then-President Donald Trump fueled widespread conspiracy theories that suggested he had been murdered and said ‘I wish her well’ in reference to Maxwell

The Lolita express has been the subject of scrutiny throughout Maxwell’s sex-trafficking trial in New York.

Last month, the jet’s pilot Larry Visoki testified under oath that he remembered Trump being among the passengers on some of his flights.

Asked to describe his experience and list the famous passengers he had flown, Visoki said: ‘I certainly remember President Trump, but not many people associated with him.’

Others who Visoki said he had flown included Bill Clinton, the actor Kevin Spacey and Prince Andrew.

Epstein and Trump’s relationship soured when the financier hit on a young girl at Mar-a-Lago, Trump’s Palm Beach club, in the early 2000s, before he was convicted of soliciting child prostitution.

They were still on good terms in 2002, when Trump gushed in an interview with New York Magazine: ‘I’ve known Jeff for fifteen years.Terrific guy.

He’s a lot of fun to be with. It is even said that he likes beautiful women as much as I do, and many of them are on the younger side. No doubt about it — Jeffrey enjoys his social life.’

Trump was in office when Epstein killed himself in prison in the summer of 2019.

‘Her boyfriend died in jail, and people are still trying to figure out how did it happen. Was it suicide, was he killed?

‘And people took that and they made it such a big deal, but all it is is her boyfriend died. He died in jail. Was he killed, was it suicide? I do. I wish her well,’ he said of Maxwell, referring to Epstein as her ‘boyfriend’.

The jury are set to return at 9am today to continue deliberating the case against Maxwell, 59, who, if found guilty, faces the rest of her life behind bars.

But defense awyer Laura Menninger argued that the women’s recollections of abuse by Epstein and Maxwell were flawed memories manipulated decades later by lawyers seeking payouts or US government investigators seeking a scapegoat after Epstein killed himself in a federal jail in 2019 while awaiting his own sex trafficking trial.

She cited numerous inconsistencies in statements made by women over the years, saying ‘their memories are highly flawed’ and there are ‘many reasons to hesitate and many reasons to doubt.’

‘She’s being tried here for being with Jeffrey Epstein. Maybe that’s the biggest mistake of her life, but it’s not a crime,’ Menninger added.

Assistant US Attorney Maurene Comey called a defense claim that Maxwell didn’t know about abuse that occurred for more than a decade a ‘laughable argument.’

‘Those four witnesses gave you the most damaging testimony in this trial,’ she said.’These women put themselves through the hell of testifying at this trial even though they have nothing to gain.’

Comey added: ‘They did it for justice.’

The jury are set to return at 9am today to continue deliberating the case against Maxwell, 59, who, if found guilty, faces the rest of her life behind bars

Earlier, Assistant U.S.Attorney Alison Moe called Maxwell the ‘lady of the house’ when Epstein abused girls at a New York mansion, a Florida estate and a New Mexico ranch.

‘Ghislaine Maxwell was dangerous,’ Moe said. She cited over $30 million that Maxwell received from Epstein over the years.

The summations came at the start of the fourth week of a trial that was originally projected to last six weeks.

With a coronavirus outbreak in New York worsening by the day and a holiday weekend ahead, Judge Alison J.Nathan urged lawyers to keep their closings tight so the jury could begin deliberating as early as Monday.

Maxwell has been jailed since her arrest in July 2020. The judge has denied her bail repeatedly, despite her lawyer’s arguments that the pledge of her $22.5 million estate and a willingness to be watched 24 hours a day by armed guards would guarantee her appearance in court. 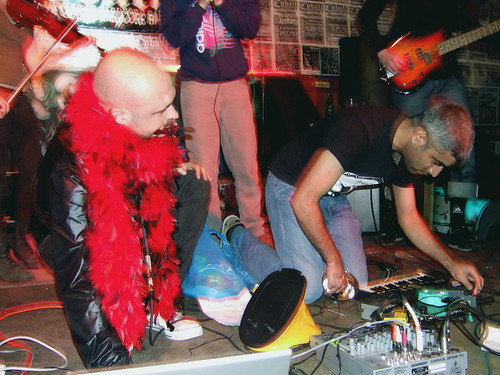 On the day they introduced they were making these adjustments I called the visa as well as immigration office, as well as the man on the phone apologised to me a lot as well as Читать дальше…

The task pressure did not take the concern up promptly, stated Troye. Miller began his campaign for the order by button-holing the coronavirus job force team to try to get the concern on its schedule, Читать дальше…